Easter is, by its Christian symbolism, the Holiday celebrating the resurrection of Jesus on the third day after his cruxifixion – the fulfilled prophecy of the „Messiah who would be persecuted, die for our sins, and rise on the third day”. But the celebration of the resurrection is, extensively, a way to renew daily hopes for kindness, bravery, love and lightness of the soul.

So truly, Easter… is much more than a holiday. It is a time for quiet reflection, for counting our blessings, and for being thankful for the freedoms and love we often take for granted.

The message of Easter is basically one of hope over diversity, of triumph over tragedy, and of good over evil. It is a time for every one of us to spend being thankful and aware of our loved ones, life accomplishments, chances and challenges.

The ways Easter is celebrated has two sides – the inner process and the outer one, that of traditions and customs shared in our families and communities. Here are some of the most popular and lasting traditions and their provenience:

Eggs painting for Easter dates back to the 13th century. It’s easy to see why eggs represent rebirth and life, so associating them with spring and new growth makes the symbolism of Easter whole. To celebrate the new season, people „decorate” eggs and gave them to friends and family as gifts. Giving eggs is a tradition that dates back even farther than Easter. Eggs have been viewed to be symbolic of „new life,” since pagan times.

When Christians came along, they likely incorporated the tradition into their celebrations. According to some legends, Mary or Mary Magdalene could be responsible for our annual trek to the store to buy vinegar and dye tablets. As the story goes, Mary brought eggs with her to Jesus’ crucifixion, and blood from his wounds fell on the eggs, coloring them red. Another tells us that Mary Magdalene brought a basket of cooked eggs to share with other women at Jesus’ tomb three days after his death. When they rolled back the stone and found the tomb empty, the eggs turned red.

Egg dyeing is one of the most important Romanian Easter traditions. The painted eggs are always present on the table during the holiday, and kids can hardly wait to participate in the egg tapping competitions.  The traditions say that people who knock eggs on the first day of Easter will see each other after death. The first person who taps the egg has to say “Christ has resurrected” (in Romanian, ‘Cristos a înviat’), while the second one goes “Indeed, he has resurrected” (in Romanian, ‘Adevarat a înviat’). The belief is that the person whose eggs are unbroken will enjoy the longest life. The game of egg knocking apparently goes back to medieval Europe, in the 1050s.

The art of painting eggs is called pysanka, which originated in Ukraine. This is also very specific to us in Romania, with the rich tradition of dyeing eggs and decorating them with motifs specific to each historic region of the country. The tradition is especially common in the region of Bukovina, and you can find such eggs at traditional fairs and in monasteries.

Although the ornamental details vary from one region to another, all of the elements on the decorated eggs have meaning. Here’s the interpretation for some of them:

• the double spiral means the bond between life and death.

At first glance, it’s hard to imagine what a giant rabbit has to do with any type of religious holiday. But according to Time Magazine, the tradition again dates back to the pagans. They celebrated a goddess of fertility named Eostre – and you may recall that fertility is exactly the trait rabbits are most famous for. It’s thought that German immigrants brought their tradition of an egg-laying hare called „Osterhase” to the U.S. in the 1700s.

3. RELIGIOUS SERVICES and COMMEMORATIONS in Chatolic and Orthodox churches

On Good Friday in Catholic religious tradition, the Pope commemorates the Via Crucis (Way of the Cross) at the Colosseum: A huge cross with burning torches illuminates the sky as the 14 Stations of the Cross are described in several languages. Mass is celebrated on the evening of Holy Saturday, and on Easter Sunday, thousands of visitors congregate in St. Peter’s Square to await the Pope’s blessing from the church’s balcony, known as „Urbi et Orbi” („To the City and to the World”).

In orthodox communities, a most important traditions is the Holy Light of the Rrsurection. On the Easter night, Romanian christians go to their local churches to take part in the reliogious resurection ceremony and to receive the Easter light and bring it into their home. That flame symbolizes the Resurrection of Christ and the triumph of good over evil.

On the first day of Easter, children and adults alike wash their face and hands with fresh water, in which they put a red egg and basil. It is said that those who follow this tradition will be forever beautiful and healthy.

In Jerusalem, Israel, the city where it is believed Jesus was crucified, Christians celebrate the Good Friday (the Black Friday of Christ’s crucifixion) by walking the same path Jesus did on the day he was nailed to the cross. Taking note of his pain that fateful day, some of those who participate carry a cross with them in remembrance. On Easter Sunday, many pilgrims attend a church service at Garden Tomb—the area it is believed Jesus was buried.

As the christian story goes, Mary opened Jesus’s tomb at dawn on Easter morning to find it empty. In honor of the occasion, many churches hold services at sunrise so parishioners can experience the event similar to how it happened. The first one on record was held in 1732 in Saxony, Germany, by a group of young men. The next year, the entire congregation attended the early-morning ceremony, and soon, the sunrise service had caught on across the world.

In Greece, the traditional Easter meal is mageiritsa, a hearty stew of chopped lamb liver and wild greens seasoned with egg-and-lemon sauce. Traditionally, Easter eggs, hard-boiled eggs dyed bright red to symbolize the spilt Blood of Christ and the promise of eternal life, are cracked together to celebrate the opening of the Tomb of Christ.

In the Neapolitan cuisine, the main Easter dishes are the casatiello or tortano, a salty pie made with bread dough stuffed with various types of salami and cheese, also used the day after Easter for outdoor lunches. Typical of Easter lunches and dinners is the fellata, a banquet of salami and capolloco and salty ricotta. Typical dishes are also lamb or goat baked with potatoes and peas. Easter cake is the pastiera.

In Romania, besides the Easter eggs, the main star of the dishes is lamb meat, a symbolic representatiom of „Christ’s saint body”, as the red wine symbolizes „Christ’s saint blood”. Painted eggs, lamb dishes, drob (a meat and vegetables haggis, made of lamb offals – liver, lungs, spleen, heart, kidney- green onions, herbs – dill, parsley, garlic, lovage – and eggs) or sweets such as pasca (sweet cheese cake with raisins) and cozonac (sweet yeast-raised egg bread with cocoa, poppyseads and raisins filling, the Romanian pannettone) all these foods are on the Romanians’ menu on Easter. 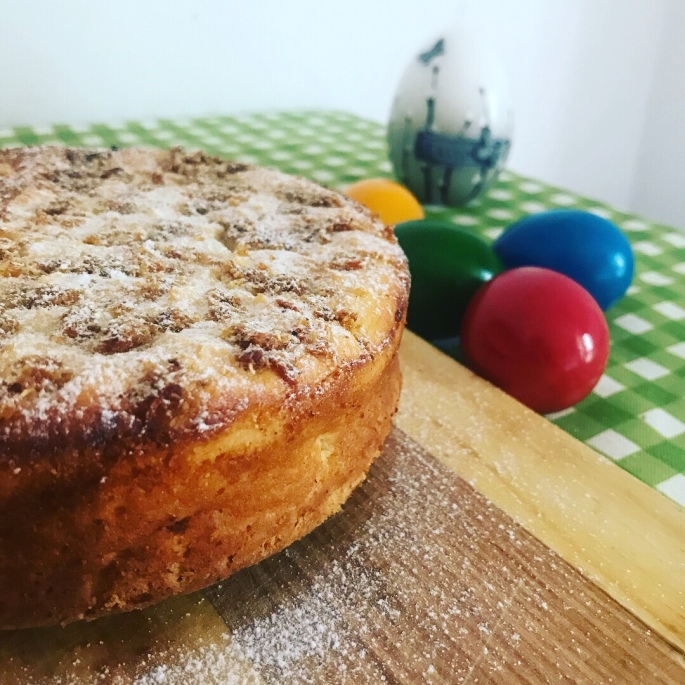 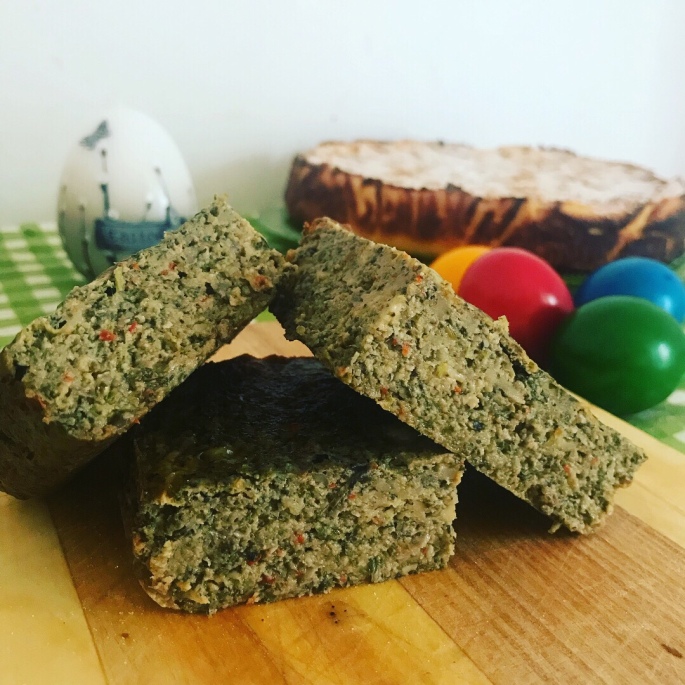 5. THE EASTER NAME and EASTER FLOWER

„Easter” was named from the Anglo-Saxon goddess Eostre, known for spring time celebrations and fertility. Her main symbols were the egg and the rabbit. Unlike other holidays, the Easter date of celebration changes from year to year.The reason for this variation is that Easter always falls on the first Sunday after the first full moon following the spring equinox.

The white lily, the symbol of resurrection and puriry, is the special Easter flower. The magnificent white lily known as the Easter Lily has long stood as a symbol of purity, hope, innocence and peace. Also called the Bermuda lily, the Trumpet lily, and Jacob’s Tears, the Easter lily is a biblical flower commonly associated with the resurrection of Christ. 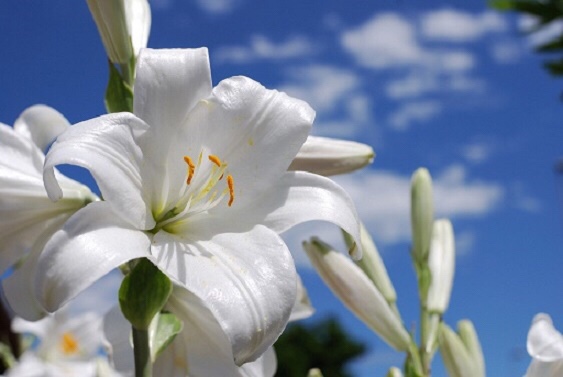 Did you know that almost 76% of people eat the ears on chocolate bunnies first? They do, according to fundootimes.com . Chocolate eggs were made for the first time in Europe in the 19th century and chocolate is now the top-selling confection at Easter.

Although one of the Christian traditions are to use dyed or painted chicken eggs, a modern custom is to substitute chocolate eggs, plastic eggs filled with candy and gifts or bunny-shaped chocolates, hidden for children to find on Easter morning, which may be left by the Easter Bunny for them alongside with other presents.

The egg hunt is basically a game during which the Easter eggs are hidden for children to find. The game is often played outdoors and children typically collect the eggs in baskets competing for prizes.

Lizette Larson-Miller, a theology professor had traced the specific custom of the Easter egg hunt to the Protestant Christian Reformer Martin Luther: „he had Easter egg hunts where the men hid the eggs for the women and children, and it probably has this connection back to this idea of eggs being the tomb.”. The novelty of the introduction of Easter egg hunts into England is evidenced since 1892.

Egg hunts are a subject of the Guinness Book of World Records; Homer, a city in Georgia, the United States, was listed in 1985 with 80,000 eggs to hunt in a town of 950 people.

…and this surely is only a brief snapshot of the Easter symbolism and traditions. Enjoy your traditions this Easter, whatever they might be. And take a minute to discover some of the facts and things to do in the following colored Easter infographic. 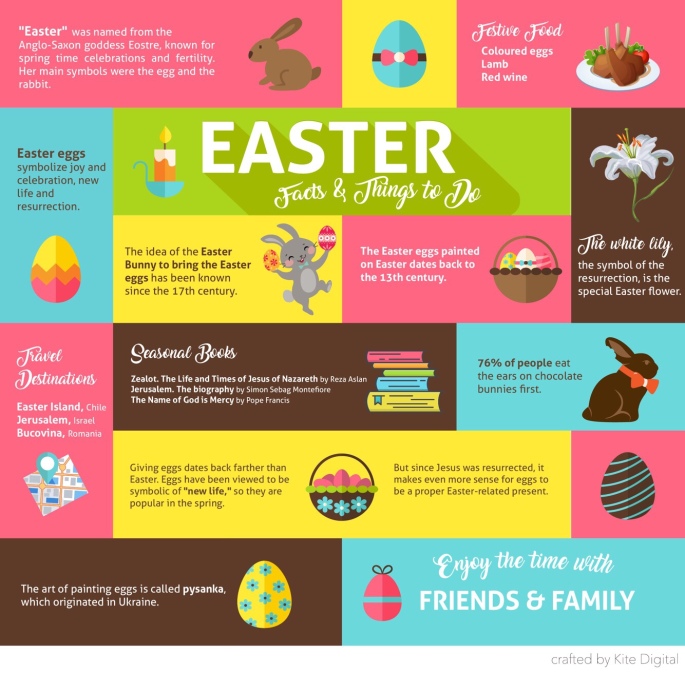 May we be joyful, this Easter, close to the ones we love and willing to put all our fresh ideas and diverse perspectives together „in one basket” to give them strength and future.

Let’s be humble, more understading and forgiving. Peaceful and open to freedoms of the spirit, hopes for the better, new directions, transformation and intimacy with our inner believes. Easter is here to remind us that, however heavy, the cross we carry isn’t the end. There’s always hope. 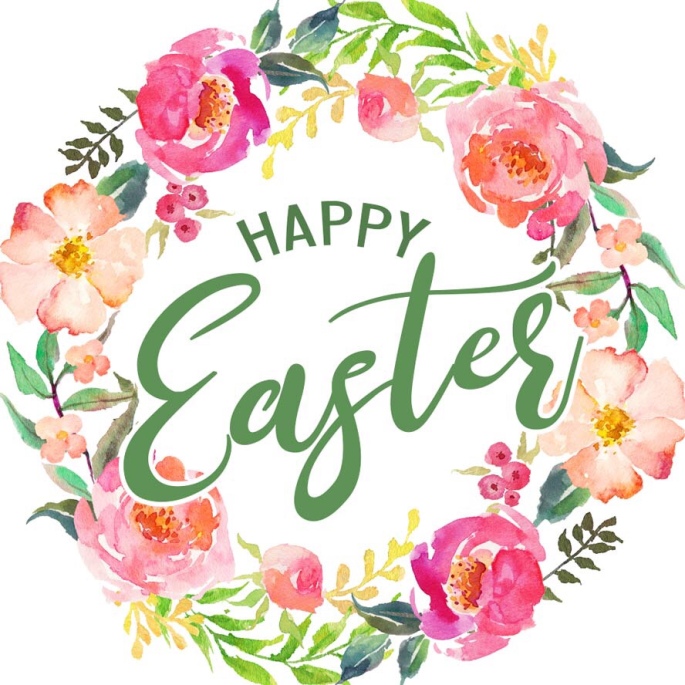